“FlippingBook has great value to us as&nbspit helps to further promote our film industry and our locations.”
Katie Lovasz
Communications & Marketing Specialist 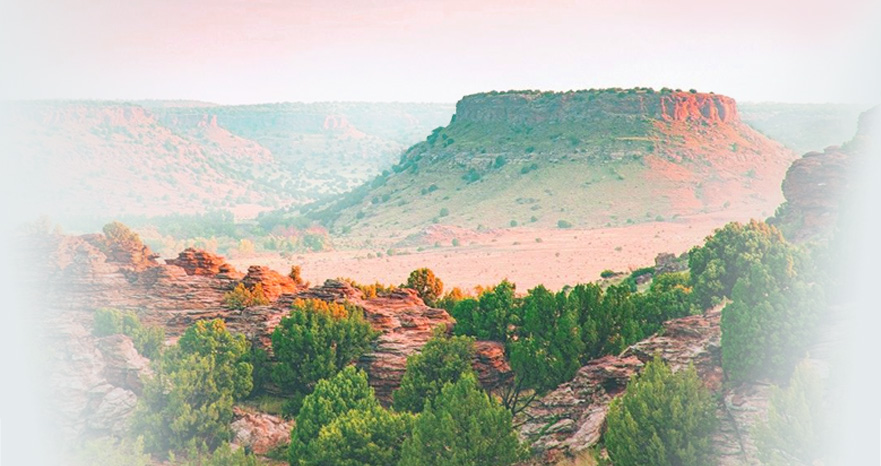 Created in 1979 as an agency of the Oklahoma Tourism and Recreation Department, the Oklahoma Film + Music Office (OF+MO) supports and promotes the state’s music and film industries.

To attract the attention of film and television to Oklahoma and the state’s picturesque, diverse locations and high-quality production services, OF+MO has created the Oklahoma Film Enhancement Rebate Program. Any filmmaker, from the US or abroad, who has a minimum budget of $50,000 and chooses to film in Oklahoma, is eligible to a 35 to 37% cash rebate on local production spend if approved for the program.

OF+MO looks to welcome all filmmakers to our state through our rebate program. Our goal is to put Oklahoma on the map as a top filming destination in the United States.

How would you go about such an ambitious goal? Oklahoma has a lot to offer to its guests: 12 eco-regions, skillful and dedicated film crew, and the Oklahoma Film Enhancement Rebate Program itself. And yet, all of those benefits wouldn’t make much of a difference if filmmakers weren’t aware that these options existed.

So, the main priority for OF+MO in marketing the state as a film and music destination has always been outreach and providing information and support of the benefits of film and music production in Oklahoma.

For many years, if you wanted to find information on the rebate program or OF+MO in general, the easiest way to do so was to search through their official website. Anyone doing pre-production research, for example, could browse through the extensive Oklahoma Locations Directory they offered. But, these clients would only go to the website if they already knew where to look, and even so, the Oklahoma Locations Directory could be a challenge for users without experience.

The Oklahoma Locations Directory is an extensive database with thousands of different locations across the state of Oklahoma. For those wanting a convenient overview and sampling of what Oklahoma can offer, the Directory can be a bit overwhelming due to the sheer volume of content it offers, especially for those unfamiliar with utilizing photo databases such as ours.

What OF+MO needed was not static lists of places and services but a marketing publication that would give a general concept of Oklahoma and its opportunities to potentially interested filmmakers. And, moreover, it had to do so in the most engaging way.

OF+MO set to create a new type of digital guide that would be informative, eye-catching, and easy to showcase.

First, the concept was conceived—not of one document but two, the Look Book and the Testimonials. The latter would contain, as the name suggested, testimonials about Oklahoma; the former—some testimonials as well but also an introduction to Oklahoma’s culture and its people, photos and videos of the state’s six “countries” (areas), a summary of the Film Enhancement Rebate Program, and the overview of the production resources Oklahoma provided.

PDF became the first format of choice for future publications. While an outside marketing company, hired for the purpose, was developing the looks, OF+MO collected the content anywhere they could: from other departments of the Oklahoma Tourism to the filmmakers who had worked in Oklahoma before.

We received testimonials from many of our film clients regarding their positive experiences filming in Oklahoma as well as the benefits offered by the Oklahoma Film Enhancement Rebate Program.

However, OF+MO envisioned their marketing documents as something not only immediately appealing and educating but also interactive.

We wanted the Testimonials and the Look Book to be animated and personalized.

That’s why they started searching for a digital publishing solution even before the design was finished. By the time the PDFs were ready, OF+MO had already discovered FlippingBook and decided to give it a try.

In FlippingBook, OF+MO saw an opportunity to enhance their new PDFs. Going with it meant converting the documents into a new format, HTML5 flipbooks. Luckily, the conversion process turned out to be quick and simple and required no extra help from designers or an IT team.

That also proved to be true for document customization. With FlippingBook Publisher, desktop software, OF+MO could choose a fitting background for the book, make a clickable table of contents all by themselves, and easily add the much-needed interactivity.

Once we got the software, we were able to personalize the documents, to include videos and additional links. We were so excited to be using FlippingBook Publisher!

And just like that, the documents were ready to go.

Now, as the Look Book and the Testimonials have been converted into engaging online flipbooks, OF+MO uses them on all fronts to attract a new audience.

Both of the flipbooks are seamlessly embedded into their official website. The OF+MO shares the link to the Testimonials regularly in their monthly newsletter, and they have put the link to the Look Book into their email signature where everyone can see it on a daily basis.

Aside from easy distribution, OF+MO is happy that they can update the documents as often as they need without any outside help.

We don’t have to hire out someone to go in and add some links, we can do that in-house now, and update, too. If we want to change a video, we just change it ourselves.

Thus, OF+MO can be sure that their marketing publications always stay relevant and reflect the most current information for anyone who may be interested in filming in Oklahoma.

Want to better connect with your audience as well?
Try FlippingBook.

END_OF_DOCUMENT_TOKEN_TO_BE_REPLACED

The Oklahoma Film + Music Office is a division of the Oklahoma Tourism and Recreation Department. It supports and promotes the state’s film and music industries.