The End of Cookies and How It Will Revolutionize Digital Marketing

The computer term ‘cookies’ describes the tiny text files that websites commonly place on your browser as you are perusing the Internet. In many cases, these cookies are from domains other than the one you are visiting, hence the phrase ‘third-party cookies’.

These third-party cookies are a vital part of the digital marketing landscape—or at least, they are for now. Google has recently dropped a bombshell by announcing a goal to remove third-party cookies from their Chrome browsers by the year 2022. Professional advertising associations and marketing professionals were vocal about their displeasure, pointing out just how much this change would disrupt their industry.

As the world becomes more digital, people are becoming more accustomed to doing all their shopping and financial transactions online. Tracking the behavior of Internet users and analyzing big data allow advertising agencies to make sure that their ads are shown to the most relevant audiences. Of course, this approach greatly increases sales conversions, but at what price for the users?

Privacy concerns are growing among Internet users, especially those who often engage with online shopping, social media, and online banking. Yet, a recent survey has shown that only 40% of Americans intend to go back to using physical banks after the pandemic is over—the rest are set on digital banking due to its convenience, even if they’re wary of their information being tracked.

Although Internet users may or may not notice any difference when they are surfing the web, the decision to remove third-party cookies is a big change for advertising companies. They get access to very personal details about Internet users through third-party cookies, and with so many users engaging with content published online, a shocking amount of information can be gained by monitoring a user’s Internet activity. How many times have you seen a relevant ad pop up on your Instagram feed after you’ve done some online window shopping? If third party cookies are removed, the hope is that consumers in general will become more open to shopping online, without having to stress over their data being stored by third parties. However, this naturally begs the question: what is the future of third party cookies?

Safari and Mozilla Firefox have already banned third-party cookies, which resulted in a surge in popularity for their browsers. With Google finally agreeing to banish third-party cookies as well, their usefulness when it comes to online advertising will be drastically reduced.

Digital marketing and advertising companies will have to completely revamp the ways they target audiences and advertise to them, which is why Google gave marketers 2 years to figure out how they would operate without a tool they heavily relied on. For those who are interested in a career in digital marketing, it’s important to keep in mind that the industry will be transformed in the coming years. This will likely lead to both opportunities and challenges, so understanding digital marketing fundamentals and how to use key digital marketing tools is of great importance.

What Does the Removal of Third-Party Cookies Mean for Digital Marketers and Advertisers?

The digital marketing and the advertising industries will have to redesign their ecosystem so that they can remain functional in the absence of third-party cookies. Marketers will have to focus more on email marketing campaigns targeting highly qualified prospects. And while some might say that in the age of social media email is starting to feel ancient, several studies have shown that email campaigns are 7X more effective at generating sales than Twitter, Facebook, and LinkedIn combined.

Most importantly, marketers will have to rely heavily on first-party cookies, or the means by which they track user data on their own website. While unknown ad companies will no longer be allowed to track user behavior in Chrome (hence, the term ‘third-party’ cookies), websites will still have the right to track what Internet users do on their own web pages (‘first party’ cookies).

Tracking view-through conversions and enabling frequency capping (limiting the number of times a user sees an ad) will also likely not function in the way it does today. Advertisers will have less of an ability to track how effective their ad campaigns are and control how many times a user sees their ad.

However, this new reliance on first-party cookies may lead to a more organic interaction with prospects and a less hostile consumer view of advertisements. Engaging with your customer demographic and having a great content distribution strategy will be more important in the absence of highly targeted ads to new prospects.

What Does the Removal of Third-Party Cookies Mean for Google?

Why did Google agree to remove third-party cookies from their browsers? Unsurprisingly, the reason has nothing to do with their concern for your rights or your privacy. In fact, the company held on to their third-party cookies even after its competitors Firefox and Safari made it clear to their users that they were removing this feature.

But with the absence of third-party cookies, first-party cookies will be more valuable than ever. As we mentioned earlier, first-party cookies refer to the data you are allowed to track when Internet users visit your domain page. And which website has the widest base of users and is used extensively by most people on a daily basis? Of course, the answer is Google.

Google will have the most data on Internet users’ behavior through their first-party cookies, and in a landscape where third-party cookies are no longer a factor, that will cause the value of first-party cookies to soar. The decision gives first-party data giants like Google and Facebook even more control over daily life. Eliminating third-party trackers simply amplifies Facebook and Google’s ability to monitor consumers and stockpile enormous amounts of data, while preventing competitors from doing the same.

“The data collection becomes concentrated within Google,” says Justin Choi, founder and CEO of the digital advertising platform Nativo. “They become the gatekeeper, and the rest of the industry gets whatever Google allows it to get.”

Internet users that are wary of their privacy might rejoice in the decision to ban third-party cookies, but it’s important to also consider the monopoly this creates for popular platforms that are allowed to gather and sell first-party data. In a landscape with no other competition, Google has the potential to become even more powerful as they guard stockpiles of personal data about their users.

Companies that rely on digital marketing and advertising to convert sales will have to find new ways of reaching audiences that are not based on third-party tracking. Although this will certainly be a challenge that will disrupt an entire industry, it also opens the door to new possibilities.

Companies will have the opportunity to engage more organically with their existing customer base through high-quality content and compelling online media. Also, new tactics and techniques will be adopted in the absence of third-party tracking, and we will see what practice will replace it in the years to come.

Shanice Jones is a techy nerd and copywriter from Chicago. For the last five years, she has helped over 20 startups building B2C and B2B content strategies that have allowed them to scale their business and help users around the world.

How to Create a Flipbook Online: The Ultimate Guide

Learn how to create a flipbook from a PDF, customize it, brand it, and share it swiftly with your readers and clients via professional online software.

Let’s look into 15 content distribution channels and the best practices for driving traffic from them to help improve your content marketing.

How to Use QR Codes and Why

QR codes are safe, convenient, and help your brand look tech-savvy. Learn how to use them in business. 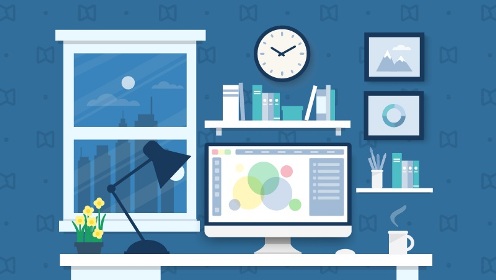 18 Online Business Tools You Can't Live Without in 2021

Let’s talk about the online tools that will bring benefits to your business in 2021.